Today was quite possibly the most beautiful day of my life in terms of natural scenery. My boyfriend and I visited the Montmorency Falls just outside of Old Quebec City to get a taste of the Indian Summer. Not all the trees had turned red yet, however, it was the perfect time to see the transition in colours between the seasons. The forest was filled with different shades of green, yellow, orange and red. This blog is full of pictures, my favorite one being the one above… as green fades into yellow fades into red. 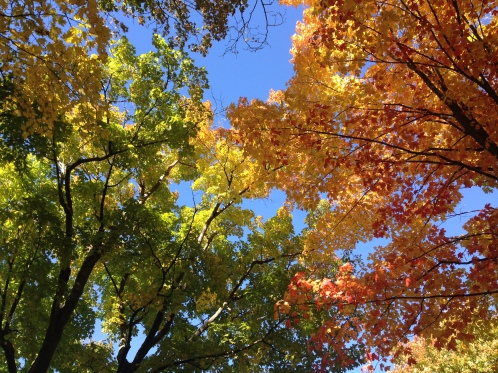 The Montmorency Falls are very easy to reach from Old Quebec City as you can get there by public transport, which takes only about 30 minutes. The bus ride to the falls is very enjoyable by itself because it passes by the most beautiful, typical North American mansions. We arrived at the little village of Montmorency and went for a lunch at an american diner. It’s sometimes unbelievable that people here speak French…
The falls were only a few minutes outside of the village itself. We didn’t see any signs leading to the waterfalls so we decided to just start walking a small path going into the forest, and before we knew it, there they were. Kind of oddly located, but a spectacular sight. The Montmorency Falls are higher than the Niagara Falls, no less than 84 meters. We walked over a wooden bridge going across the falls, which was rather scary as we could see the water underneath our feet. There are pathways to different viewpoints from which you can see the falls. The viewpoint we went to showed us perfectly how the water flows over the cliff shore at tremendous speed, such a strong force from nature. At the bottom, we saw a double rainbow in the mist that looked magical. 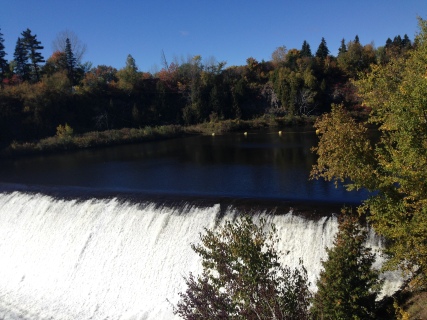 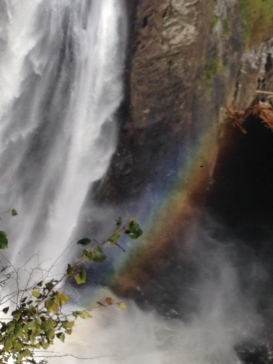 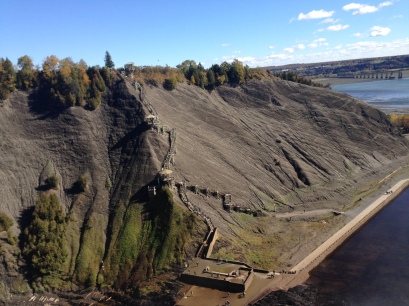 After visiting the falls we went back to the little village and decided to take another random path to the other side of the river. I love ‘serendipity’: to just take a path and see where it takes me, which is usually a place without any other tourists! We took about a one-hour walk past the river. It was the most magnificent experience. The colours of the trees are indescribable. I have never seen something like this before in my entire life. It’s as if you walk inside a painting, except that even paintings can’t capture the colours we’ve seen today. I’ve uploaded a lot of pictures to this blog, but I must admit that they don’t do justice to the real colours of the leaves. The fact that the Indian Summer is indescribably beautiful is precisely the miracle of it. Chey and I discussed whether this is what one would call ‘universally beautiful’ or whether there is someone in the world who doesn’t find it beautiful. I can’t imagine. 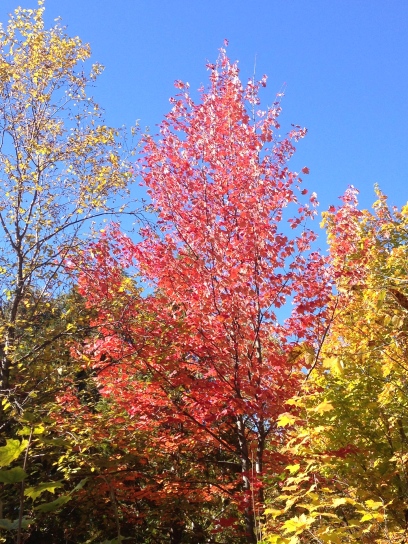 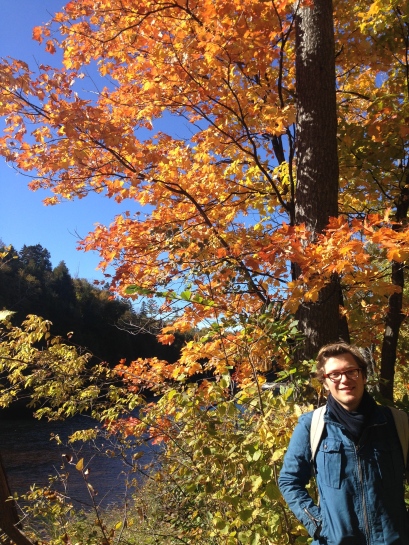 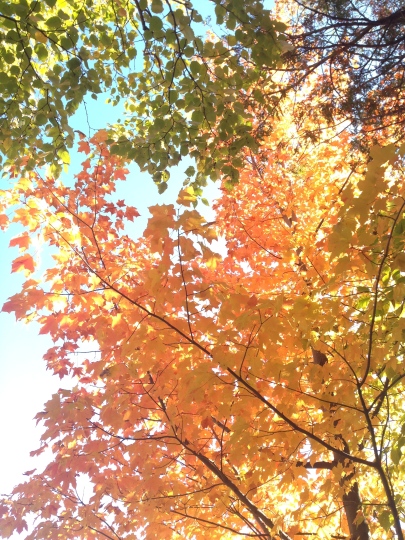 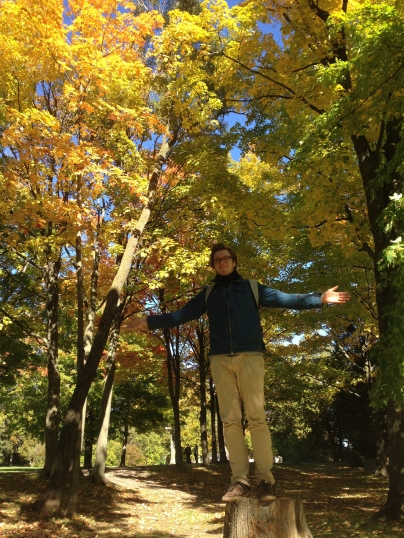 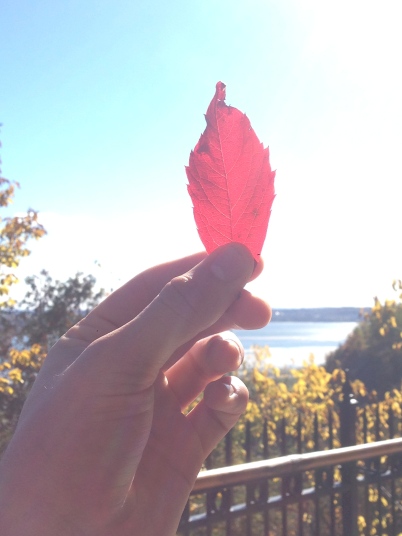 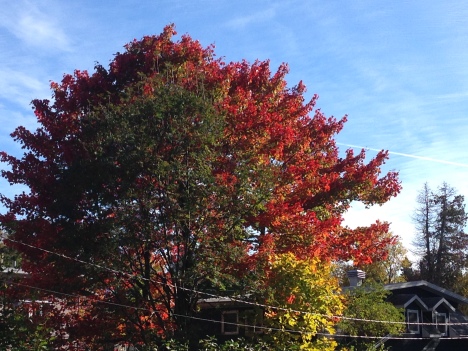 We walked past the river for a while and saw a sign saying that we weren’t allowed to swim. There were a few names written on the sign of people who had died in the river, which convinced me pretty much! The river is misleading though, because it appears to be really calm and peaceful, and almost seems to invite you to take a swim in it. However, the current underneath is strong and can drag you to the falls… Chey loves to climb and to scare me, so he decided to jump around on the rocks until he was halfway through the river and wasn’t sure how to get back anymore. In the end, we both found a safe place to sit and enjoy the incredible view in awe. I wasn’t far from tearing up when experiencing this overwhelming feeling of beauty. 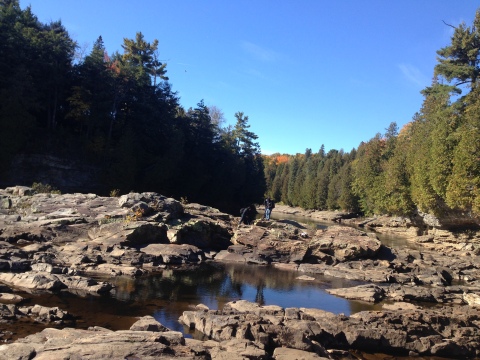